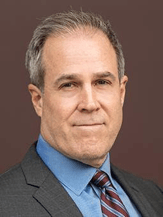 Please join us in wishing farewell to Eric Plummer, Associate Director of IHCC, as he transitions to a new role outside of the organization at the end of September.

Eric’s leadership saw the IHCC grow exponentially since he joined in 2019. During his 22-month tenure, Eric has ushered in the IHCC governance framework, managed the development and submission of over $6.5M of grant funding, planned and delivered both of our International Cohort Summits, oversaw numerous pilot projects, among many other landmark accomplishments. Before his departure, Eric facilitated the development of a 5-year strategic plan for IHCC growth and diversity, ensuring the future direction of the consortium.

“Eric helped transform the IHCC from an idea to a functional program. We are grateful for his time and effort on behalf of the IHCC and wish him great success in his future endeavors,” stated Dr. Geoffrey Ginsburg, Co-Founder and Co-chair of IHCC.

In describing his time with IHCC, Plummer stated, “Working with the IHCC has been an honor, and I am confident the consortium is well-positioned to continue its important work to ultimately enhance the scientific understanding of the biological, environmental and genetic basis of disease and research to improve population health.”

IHCC is pleased to share that Dr. Scott Sundseth will be stepping into Plummer’s role as the new Associate Director of IHCC. Sundseth has an extensive background in genetics and pharmacogenetics research having worked at GlaxoSmithKline, Duke University, and most recently as the CSO of Cabernet Pharmaceuticals. Please join us in welcoming him to the team.